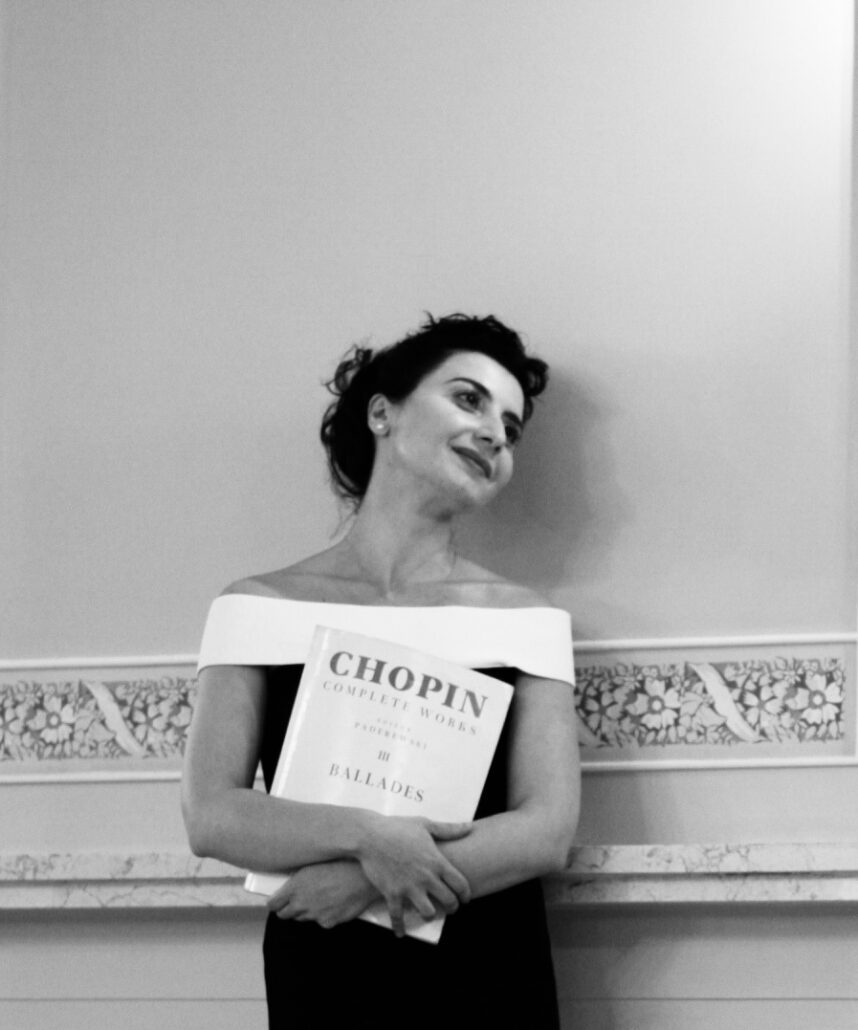 Equally powerful and sensitive playing, a pronounced sense of the lyrical, paired with an introverted yet immediate expressiveness - these characteristics aptly describe the performances of pianist Ekaterine Khvedelidze.

Born in Georgia, she received piano lessons from the renowned teacher Medea Gamsakhurdia from the age of five. Her further path in life led her first to the Detmold Academy of Music. Later, she accepted the invitation of the legendary Russian pianist Igor Zhukov (1936-2018) to study with him in Moscow, where she received the most formative part of her education.

Ekaterine Khvedelidze has lived in Berlin for many years. She appears here and nationally with cleverly arranged recital programmes; in 2019 she made her debut at Hamburg's Elbphiharmonie with a sold-out solo concert. On her first CD she combines sonatas by Scriabin and Medtner with a piano version of Franck's organ cycle Prélude, Fugue et Variation; thus presenting three central composer personalities of the late Romantic period who are praised for their polyphonic and rhythmically complex piano writing.

Ekaterine Khvedelidze performs in the spirit of her patron and mentor Zhukov, who was the first to present a complete recording of Alexander Scriabin's piano sonatas. In Khvedelidze's own interpretations of Scriabin in particular, it becomes clear why Zhukov saw her as his artistic successor.

So it seems logical that her own cyclical recording of the ten Scriabin sonatas will appear in 2023.

With the upcoming performances of Scriabin's Piano Concerto in F-sharp Minor (a.o. in November 2022 with the Leipzig Symphony Orchestra), which was largely inspired by Chopin's piano concertos, and the juxtapositions of the 24 Préludes by Chopin and Scriabin, with which Ekaterine Khvedelidze regularly appears in concert, it is possible to approach the artist's core repertoire in different ways.